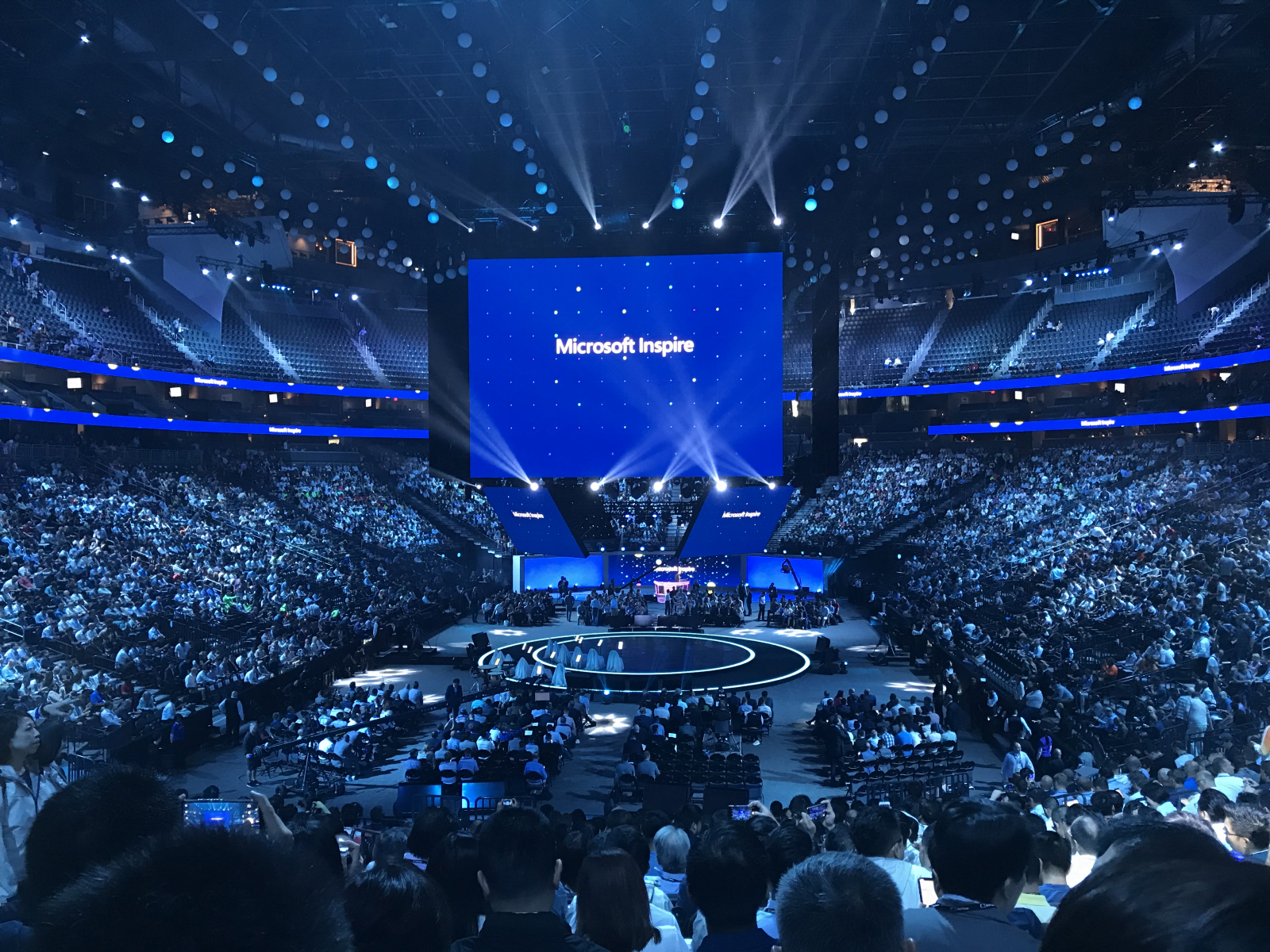 For those of us in our industry who have been living in a cave, Microsoft Inspire is what used to be the Worldwide Partners Conference (WPC). It’s annual get together of thousands of Microsoft’s partners from all over the globe, giving Microsoft the opportunity to help them understand first-hand some of the long and short-term changes and developments in the Microsoft world.

This year there were some 17,000 attendees, from 140 countries and combined, the companies represented employ over 17 million people.

As a first-time attendee and very young Microsoft partner the sheer scale of the operation was inspiring in itself if, on reflection, the actual announcements were less so.

What is focus on?

The main announcements fell into two main areas – the simplification of licensing and a deeper focus on the smaller enterprise sector with the launch of Microsoft 365, and the re-organization and re-focusing of the partner management capabilities around what is to be called One Commercial Partner.

Those of you for whom these announcements have an impact won’t learn anything new here but in our space, our learnings from the event can be summarised as follows:

We made some great connections, gained an exposure to the partner world and came away, dare I say it, inspired by the potential of our solution and the close fit that it has with Microsoft’s cloud strategy,

Apptimized were invited to participate in the Microsoft Partners Windows…

Apptimized were invited to participate in the Microsoft Partners Windows…