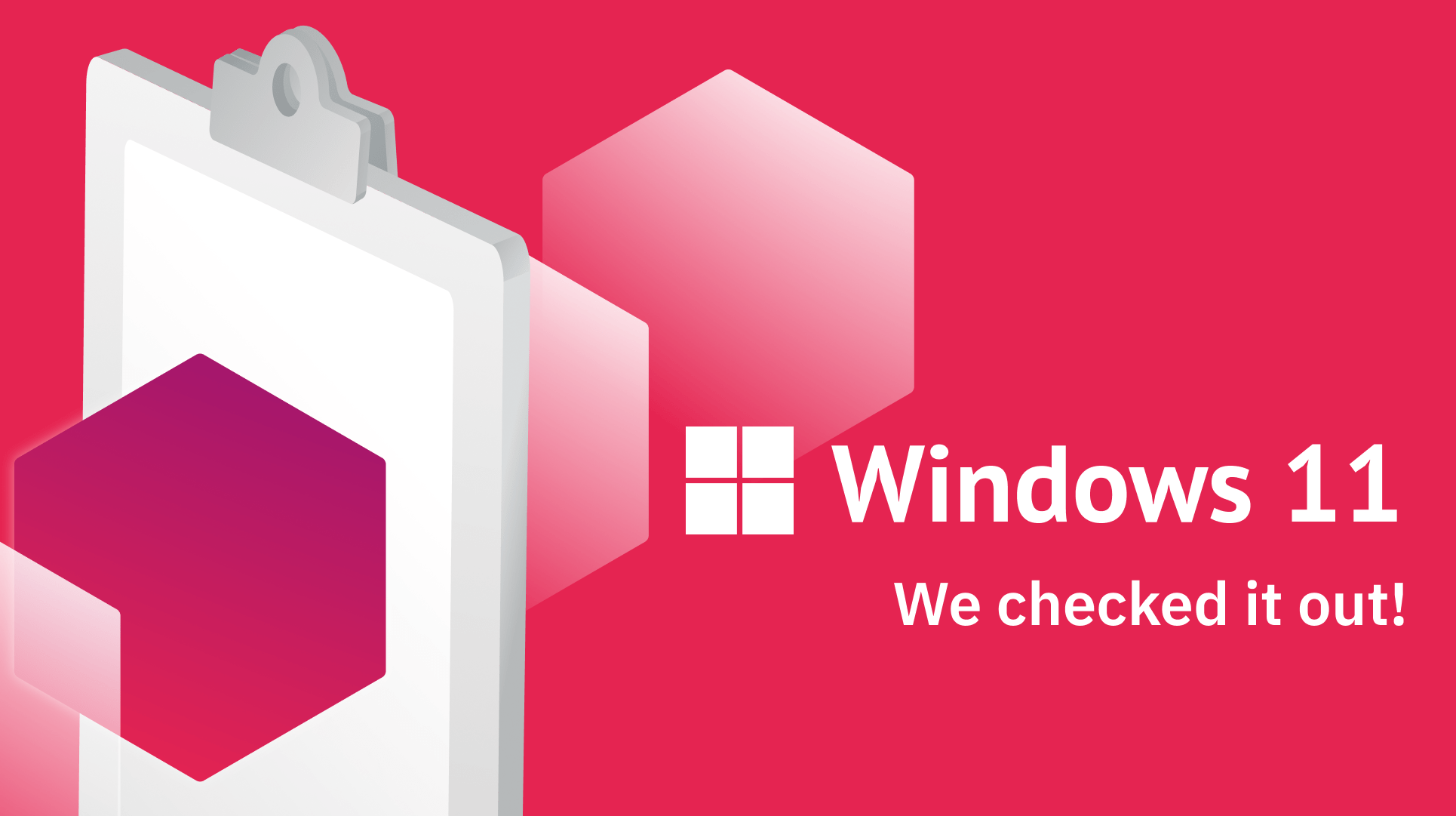 Microsoft recently officially announced Windows 11, the next version of its desktop operating system.

The whole world is looking forward to trying a new operating system – Windows 11 – and finally checking out the new features, improvements, and what is hidden under the Mac-like interface. So we’ve taken Windows 11 for a test drive and, what is more, packaged a few apps to make them compliant with a new system.

Visually, the biggest changes you’ll notice can be found along the taskbar. Microsoft has centered the app icons here, cleaned up the tray area, and included a new Start button and menu.

In terms of application support, Windows 11 is almost identical to Windows 10. However, one of the reviewers reported that from the entire list of programs he used, only Photofiltre Studio and

WinRAR failed to install. At the same time, when running in compatibility mode, for some reason, Windows 10 is missing from the OS list.

Internet Explorer and Control panel are still present in the system.

Utilities identify the installed system as Windows 10 Pro, which indicates that both OSs have the same core.

During exploring new OS’s capabilities, Apptimized specialists were challenged to perform software packaging on Windows 11. We installed Windows 11 on a virtual machine to test how applications work on the new OS version.

The main tool used in the video is the Apptimized Packaging Engine (APE) – a packaging tool for creating, packaging, and testing MSI, MSIX, App-V, and IntuneWin apps. The tool is a part of the Workspace environment that allows you to create packages from scratch, repackage, and wrap them in PSADT, VBS, etc.

*We mounted Windows 11 iso file and copied the SxS folder from it to c:\temp.

The attempt to package an application on Windows 11 raised a few questions that can still be a grey zone for packaging specialists, system administrators, security specialists, etc.

Q: How do I install a package in Windows 11?

A: Download a source file, navigate it to the folder with a package in PowerShell, run Deploy-application .exe. The more detailed process can be found in the video above.

Q: Do I need to repackage Windows 10 application for Windows 11?

A: It depends on the app. You may face cases when repackaging is required. During Apptimized research, there were several applications installed on Windows 11. All apps were installed without any technical issues. These apps are:

Q: How to check if an app is compatible with Windows 11?

A: Try to install and run an app on Windows 11. If an app is compatible with Windows 11, it will work smoothly and correctly, without errors or lost functionality.

If an app isn’t compatible with Windows 11, you want to make sure that your migration will be completed in advance. In that case, you can speak directly to an Apptimized specialist who can consult you and perform compatibility testing of the apps you need. All formats (MSI, MSIX, App-V, IntuneWin), all platforms.

What is the difference between Windows 10 & Windows 11?

Microsoft will include battery usage statistics in the Settings app. Smartphones have had this sort of feature for many years, but it’s been conspicuously absent in Windows.

Windows 11 could include the ability to uninstall most pre-installed Microsoft apps, improvements to snap assist for external displays, and a dashboard for your Microsoft Account that lives in the taskbar.

Taskbar and the File Explorer process usually seen in Task Manager looks to be separated at long last.

New feature to better arrange windows on a single screen. By hovering over the ‘maximize’ button, a pop-up will appear, giving you the option of re-arranging your open applications and having them all display at once in a tidy fashion.

Those with multi-monitor setups will get a doubtless very welcome tweak to stop the OS from messing with the positioning of their running apps when their device goes to sleep. Still, speculation about widgets making a significant return to Windows 11 appears to be misguided. Instead, they’ll be present as first-party Microsoft efforts. However, third-party widgets could eventually be supported down the line, going by the rumor mill.

Right-clicking on the taskbar for Task Manager is now absent, alongside the keyboard shortcut of Win + X to switch to PowerShell is also gone. Tablet improvements: a new ‘gesture layer’ that would sit above the user interface and allow trackpad-like gestures on a touchscreen.

Pen and voice inputs are both expected to receive further refinement as well, with a new UI for voice and context menu for pen both planned.

Just switching operating systems gave us around a 5.8% boost in the multi-threaded version of this benchmark. However, the single-threaded test, which presumably runs mainly on the single high-performance core, doesn’t gain much, just a bit shy of 2%.

The Internet is still full of conversations about the new OS. Big platforms, including Reddit or Quora, connected tech folks from all over the world to share guesswork on a Big Update. Here are a few thoughts from reddit.com that shade light on people’s expectations:

What stays unchangeable since Windows 3.1

The small modal window that shows a set of attributes for an Excel connection, displays in ODBS Data Source Administrator.